HomeTECHNOLOGYMivi Belongs to Which Country? Is Mivi A Chinese...

Mivi Belongs to Which Country? Is Mivi A Chinese Company? Is Mivi a Chinese Company? You must be asking yourself this question because many of the brand’s products are labeled “Made in China.” We will clear up your confusion and provide you with all relevant information about the brand in this article.

Mivi is an Indian brand that was created by a Vijayawada couple. So don’t be concerned. If you want its earbuds or products, you should purchase them.

Electronic accessories from Korea, China, and the United States are awash in Indian markets. However, the majority of them are either expensive or defective. As a result, they devised the ‘Make in India’ concept to provide Indian consumers with high-quality, low-cost electronic accessories. Meet Viswanadh Kandula and Midhula Devabhaktuni, the proud owners of the Mivi brand.

Indeed, we did not hear about this brand a few years ago, even though it is the fastest-growing brand that has captured the electronics market in a short period of time. Since then, we’ve learned that it’s an Indian electronics company. South Korea and China, on the other hand, were the first two countries to produce Mivi products. but now the MiVi has its own manufacturing unit in India so the mivi products are 100% made in India

But, according to the owner, it is entirely an Indian company, so why is it referred to as a Chinese company?

Mivi’s manufacturer has done a lot of good for the county and is even a part of Atmanirbhar Bharat Vision.

Is mivi a Chinese company?| Does Mivi import from China?

Mivi is an Indian company headquartered in Hyderabad. Midhula and Viswanadh, a husband and wife team, founded the company in 2015.
Viswanadh had worked in an electronic export company in the United States, so he was familiar with the field. His wife, who worked for a software company, also assisted him.

Viswanadh was well aware of India’s electronic sector’s shortcomings. At the same time, he noticed that the Indian market is becoming increasingly flooded with Chinese brands.
As a result, he founded the company to make affordable, high-quality electronic products available to Indians.

As a result, they source all of their products from these two countries. The company has made a lot of money in the last five years, and they’ve been using that money to expand their brand in India. They are now entirely based in India, and all of their products are made there. They recently released Bluetooth speakers that are entirely made in India.

The brand eventually wants to manufacture all of its products in India.

Are mivi headphones made in china?| Where is Mivi manufactured?

Mivi products are 100% manufactured in India, as previously stated, but they were making every effort to complete the process in India. They recently opened a manufacturing facility in India, in addition to South Korea and China.

Many brands that source their manufacturing from China have made significant profits over the years. Although now the complete products are manufactured in India, including a lack of labor, machines, and other factors were the previous reasons of the company to manufacture products from china

The above question arises in people’s minds because when we buy mivi headphones, we see the words “Made in China” on them. As a result, I will dispel this ambiguity. but previously it was manufacturing from china

This rule has been imposed on all businesses by the government’s e-Marketplace.

Mivi has made significant progress over the years, and in December 2020, they launch their first Made in India product in India.

As a result, we can state categorically that Mivi products were made in three countries: India, China, and South Korea.

but now the company manufactures the product completely in India

Why are mivi products manufactured in China?

Products that are electronic China produces 70% of the consumer electronics that are used around the world.

Others, on the other hand, rely on China for small spare parts used in the production of finished goods. So, the most perplexing question about make-in-India products is whether or not they are made entirely in India.

The mivi company has produced and continues to produce products in China and South Korea. Most importantly, they’ve established a manufacturing facility in India. and now they produce their products completely in India

This is a huge deal because many Indian brands have amassed significant wealth over the years. However, the products are not entirely made in India, and no effort has been made to do so.

Even though mivi was launched in 2015, it took only 5 years for them to begin manufacturing products in India.

Mivi has taken a positive step forward by announcing the launch of its first Made in India product in December 2020. and so on other future products will be manufactured in India itself

MiVi is not owned by any other company

This statement is backed up by a young couple from Vijayawada. Working together, they were able to achieve enormous success, with a turnover of 30 crores in just two years after launching their company.

Electronic accessories from Korea, China, and the United States are awash in Indian markets. However, the majority of them are either expensive or defective. As a result, they devised the ‘Make in India’ concept to provide Indian consumers with high-quality, low-cost electronic accessories. Meet Viswanadh Kandula and Midhula Devabhaktuni, the proud owners of the Mivi brand.

Who is the founder of mivi?

Viswanadh and Midhula, both from Vijayawada, are 31 years old. They met and later married at Florida State University, where they both studied. Midhula worked for Xerox as a software engineer before moving to Raymond James. Viswanadh worked for a company that exported electronic products from the United States to India.

Who is the brand ambassador of mivi?

Bhuvan Bam, a well-known YouTube personality, has been named as the brand ambassador of Mivi, an Indian electronic gadgets company. Bhuvan will appear in a series of high-impact digital marketing campaigns for the brand as part of this partnership. Mivi hopes to reach a large audience of young fans and strengthen its brand positioning in India as a result of this partnership.

What is the net worth of mivi?

During its first year, Mivi generated Rs 8 crore in revenue. Sales are currently between Rs 2.5 and 3 crore per month, to exceed Rs 30 crore by the end of FY18. According to a study by Global Market Insights, the market for earphones and headphones will exceed $25 billion by 2024. so now the mivi products are manufactured in India
we don’t have any specific reports on it

E-commerce platforms such as Amazon, Flipkart, and Paytm account for nearly 70% of Mivi’s sales.
In August 2017, the company launched its e-commerce business on its own website, and it has been steadily growing month after month.

Viswanadh Kandula and Midhula Devabhaktuni founded the company in 2015 intending to meet the demand for high-quality electronic gadgets at affordable prices in the Indian market. and now the goal has been completed in 2020 so the production is started for 100% made in India products 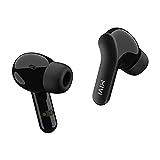 Mivi DuoPods A25 True Wireless Earbuds with...
SaleBestseller No. 2 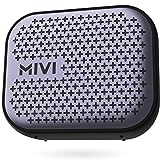 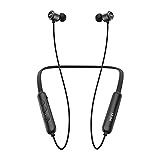