HomeTECHNOLOGYTCL Company Belongs To Which Country? Who Is The... TCL Company Belongs To Which Country? Who Is The Owner Of TCL? Is TCL a Chinese Company? TCL Electronics Holdings Limited is a Chinese corporation headquartered and listed in Hong Kong but incorporated in the Cayman Islands’ Grand Cayman. It is a producer of televisions and other consumer goods. in this article you will get your all answers to question like TCL Company Belongs To Which Country? Who Is The Owner Of TCL? What Is TCL Company Origin Country?

TCL has established production and marketing networks in dozens of nations and areas across the world. It is in charge of seven worldwide R&D centers, 17 production facilities, and 40,000 sales channels. The company’s supply chains are divided into four categories: product design and production, logistics and supply, quality assurance, and product development and support.

Is TCL is a Chinese company?| TCL Company Belongs To Which Country?

Is TCL Made In India?

Yes, TCL Sources TVs In India, TVs are currently sourced from local contract producers.
The manufacturing costs in India are quite appealing, much lower than the expenses we experience in China.” One of the reasons for the low costing is the lower labor cost here.

While the firm sold around 1 million TVs in India last year, the Tirupati factory has an installed capacity of 6 million panels per year and 3 million through assembly activities.

Is TCL an Indian brand?

TCL is a Chinese corporation that designs, develops, manufactures, and distributes a variety of products such as television sets, mobile phones, air conditioners, washing machines, refrigerators, and small electrical appliances. TCL is the parent company of the Alcatel OneTouch brand as well.

TCL Telecommunication Equipment Co Ltd was formed in 1981 and incorporated in 1985. It began producing consumer electronics for the Chinese market in the 1980s and began selling internationally in the 2000s. TCL, although being a state-owned business, was founded as a joint venture with many Hong Kong-based investors.

TCL and Thomson SA of France announced the formation of a joint venture in November 2003 to produce televisions and DVD players globally. TCL bought a 67 percent ownership in the joint venture, with Thomson SA owning the remaining shares, and it was decided that TCL-Thomson televisions would be marketed in Asia under the TCL brand, and Thomson and RCA brands in Europe and North America.

TCL and Alcatel announced the formation of Alcatel Mobile Phones, a mobile phone manufacturing joint venture, in April 2004. TCL invested 55 million euros in the business in exchange for a 55% stake.

TCL started in May 2005 that it is Hong Kong-listed company will purchase Alcatel’s 45 percent ownership in their mobile phone joint venture for HK$63.34 million ($8.1 million) in TCL Communication shares.

TCL started in June 2007 that its mobile phone division would discontinue the use of the Alcatel name and transition fully to the TCL brand within five years.

Samsung Electronics started in April 2008 that it will outsource the manufacturing of certain LCD TV components to TCL.

TCL started in July 2008 that the company sought to raise 1.7 billion yuan ($249 million) through a share issue on the Shenzhen Stock Exchange to fund the building of two LCD television manufacturing lines, one for displays up to 42 inches and the other for screens up to 56 inches. TCL sold 4.18 million LCD TV sets in 2008, more than double the amount sold in 2007.

TCL announced intentions in January 2009 to increase its LCD TV production capacity to 10 million units by the end of 2009. TCL started in November 2009 that it has signed a joint partnership with the Shenzhen government to build an 8.5-generation thin-film transistor-liquid crystal display production plant in the city for $3.9 billion.

TCL Multimedia generated HK$525 million in March 2010 through the sale of shares on the Hong Kong Stock Exchange to support the expansion of its LCD and LED businesses as well as create operating capital. TCL established the China Smart Multimedia Terminal Technology Association in May 2011 in collaboration with Hisense Electric Co. and Sichuan Changhong Electric Co., to assist in the establishment of industry standards for smart televisions.

You may also like to read What Is Airtel Black

What Is TCL Company Origin Country?

TCL’s headquarters are in Shenzen, China’s southernmost province. TCL Group has evolved from a modest local manufacturer to a huge, fast-expanding multinational organization with operations in over 160 countries and areas across the world.

Is TCL a good company?

Yes, TCL is a good Company
To win over a global audience, it manufactures televisions on a big scale and has passed on a substantial portion of the savings to customers. TCL is frequently an excellent choice if you want a cheap television that provides a lot for the price – and this is true even for really large-sized televisions.
There is always a cost vs. performance trade-off to consider since cheaper televisions almost usually entail a reduction in quality compared to their more expensive counterparts.

What Is Full Form of TCL Company?

TCL Technology an abbreviation for The Creative Life
TCL Technology, formerly known as Telephone Communication Limited (TCL), is a global electronics conglomerate based in Huizhou, Guangdong, China. TCL designs, develops, and manufactures a wide range of products like as televisions, mobile phones, air conditioners, washing machines, refrigerators, and other electronic appliances.
TCL entered into an arrangement with BlackBerry Limited in 2016 for the development and sale of BlackBerry-branded mobile devices in specified regions; the agreement expired in August 2020.

Who Is Owner Of TCL Company?

Who Is CEO Of TCL?

Li Dongsheng Is CEO Of TCL
Li Dongsheng is the Chairman of the Board of Directors and an Executive Director of TCL Electronics Holdings Limited, as well as the Chief Executive Officer and Founder of TCL Technology. Li is one of China’s most well-known business executives.

What Is Net Worth Of TCL?

US$23.549 billion (2019) Is Net Worth Of TCL
TCL Technology Group Corp. is a company that makes household appliances and multimedia devices. Product, service, and venture capital and investment enterprises are among its business segments. Its product divisions include semiconductor display, brand terminal product, electronics, business systems, and components and materials. Its business activities include the development, production, and sale of semiconductor display panels, liquid crystal display television, mobile phones, household appliances, audio and video products, and wireless intelligent interconnect products, as well as business-to-business platforms and web conferencing and webcasting support services.
Its Service division includes online application and service, sales and logistics, and financial services. It offers internet apps for home and mobile devices, online-to-offline platforms, and industrial finance services. Its Venture Capital and Investment division invests in projects concentrating on new materials, new energy, consumer, and high-end manufacturing. Dong Sheng Li started the firm in 1981, and it is headquartered in Huizhou, China.

The three English words — The Creative Life – are abbreviated as TCL.

TCL Electronics Holdings Limited (stock code: 01070.HK, established in the Cayman Islands with limited liability was listed on the mainboard of The Stock Exchange of Hong Kong Ltd. in November 1999, with headquarters in China. It is a major participant in the worldwide television business, specialising in consumer electronics research and development, manufacture, and distribution.

The company is also investing heavily in the development of sophisticated display and AI technologies, as well as supporting the R&D of high-end smart goods. The Company’s smart TV and 4K TV sales have substantially increased, and the trend of large-screen and intelligentisation has been increasingly apparent. Year on year, sales of 65-inch and larger televisions more than quadrupled, while sales of Quantum Dot goods climbed by 66%.

In the future, the Company will continue to boost its R&D expenditure in order to maintain its leadership position in large-screen TV and to develop new display technologies like as Quantum Dot (“QLED”), Mini LED, and 8K, in order to further enhance its product offerings.

The Company has aggressively enhanced its Internet business’s user experience and extended its platform content, offering a variety of scenario services such as movies, education, games, music, and e-commerce.

TCL Electronics’ overseas Internet business revenue will be increased as a result of expanded cooperation with Roku and Google in the North American, European, and South American markets, as well as expanded global cooperation with Netflix, cementing the Company’s position as the first Chinese enterprise in the industry to have relatively large-scale and sustainable overseas Internet business.

Since its reform and transformation in 2016, the Group has experienced year-on-year increase in sales volume, revenue, and profit. TCL Electronics made a significant step toward becoming a smart technology company in 2019, achieving consistent and high-quality business growth, which was primarily driven by its leading position in overseas markets, the continuous growth of intelligent Internet application business, and improved product competitiveness and brand power.You may also like to read Is Samsung A Chinese Company

Is HTC A Chinese company

Previous articleIs HTC A Chinese company? Did HTC Go Out Of Business? Is HTC Dead?
Next articleLG Company Belongs To Which Country? Who Is The Founder Of LG Company? Is LG A Chinese Company? 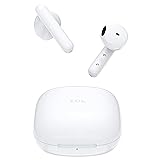 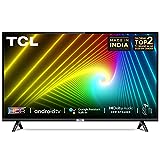