The OnePlus Nord N200 5G with Snapdragon 480 SoC and 90Hz display has been released.

The OnePlus Nord N200 5G price and specifications have been disclosed as the phone is set to be formally launched in the United States, as previously stated. The device is a follow-up to the OnePlus Nord N100 from last year, but it now includes 5G connection. It sports a punch-hole cutout for the front camera, a rectangular module on the back for triple sensors, and a fingerprint sensor on the side. The OnePlus Nord N200 features a 6.49-inch display, a Snapdragon 480 SoC, 13MP triple cameras, a 5,000mAh battery, and 18W fast charging.

The OnePlus Nord N200 5G price in the United States has been set at $239.99 (about Rs. 17,600) for the lone 4GB RAM + 64GB storage model. The same setup is now available in Canada for CAD 319.99. (Rs. 19,300). The phone is available in a single Blue Quantum colour choice and will be available for purchase on the OnePlus.com website beginning June 25 in both the United States and Canada.

OnePlus has also partnered with T-Mobile to exclusively provide the carrier-locked OnePlus Nord N200 5G on T-Mobile and Metro by T-Mobile networks. The smartphone, however, will also be available at Best Buy, Amazon, and B&H. The OnePlus Nord N200 5G’s availability and pricing in additional markets have yet to be revealed.

In terms of storage, the OnePlus Nord N200 5G comes with 64GB of internal storage that can be expanded with a microSD card. 5G, 4G LTE, Wi-Fi, Bluetooth, GPS/ A-GPS, USB Type-C, and a 3.5mm headphone jack are among the connectivity options. The phone also has a fingerprint sensor on the side.

The OnePlus Nord N200 5G has a 5,000mAh battery with 18W fast charging capabilities. According to the manufacturer, the phone would survive at least one full day on a single charge. 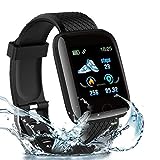 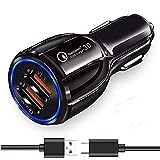