The 12 winners of the Apple Design Awards for 2021 have been announced, and one of them is an app called NaadSadhana, which was created by Sandeep Ranade from India. Here’s a look at the entire list of winners, as well as a closer look at the homegrown winner.

The 12 winners for this year’s Apple Design Awards were recently announced at an event hosted by Apple. This year, developers were recognized for their innovation, visual and graphic design, interaction, delight and fun, inclusivity, and social impact in six new award categories. Susan Prescott, Apple’s vice president of Worldwide Developer Relations, said, “The work of these developers embodies the essential role apps and games play in our everyday lives, and serve as perfect examples of our six new award categories.

” This year’s winners will receive a prize package that includes hardware for every developer to continue creating great apps and games, in addition to the physical Apple Design Award.

Winners in the ‘Delight and Fun’ category were chosen based on memorable and engaging experiences made possible by Apple’s technologies. Pok Pok Playroom by Pok Pok (Belgium) and Little Orpheus by The Chinese Room were the two winners here (United Kingdom)

The ‘Interaction’ category recognised winners who created user-friendly interfaces and simple controls. The CARROT Weather app by Brain Mueller, Grailr LLC (United States) and the Bird Alone game by George Batchelor were the two winners in this category (Canada).

The winners of the ‘Social Impact’ category chose two apps that made a significant difference in users’ lives. The winners were the Be My Eyes app by S/I Be My Eyes (Denmark) and the Alba game by ustwo games (United Kingdom).

The winners in the category of ‘Visuals and Graphics’ were chosen for their stunning imagery and high-quality animations. The two winners were the Loona app by Loona Inc (Belarus) and the Genshin Impact game by miHoYo Limited (China).

NaadSadhana is a studio-quality all-in-one music app that enables musicians of all genres and skill levels to perform and publish their music. The app started as a way to practice Indian classical singing, but it has since grown to include support for seven different musical genres. NaadSadhana listens as a singer improvises a vocal line, provides instant feedback on note accuracy and generates a backing track to match, all in real-time, thanks to artificial intelligence (AI) and Core ML.

“When I first went to WWDC two years ago, the Apple Design Awards felt like an Oscars Award ceremony. Never in a million years did I imagine that my research and work would be recognized in this way. “I’ve been pinching myself every now and then to make sure this is really happening,” Ranade said.

“As a sole software engineer, this is a tremendous honor. And the fact that this is the first time an app about Indian music/culture has won this award adds to the significance,” he said.

Previous articleSAMSUNG GALAXY WATCH 4 Launch Expected to be in August
Next articleMILLIONS OF COPIES OF THE REDMI NOTE 10 SERIES HAVE BEEN SOLD BY XIAOMI. 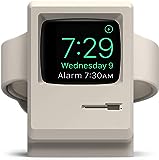